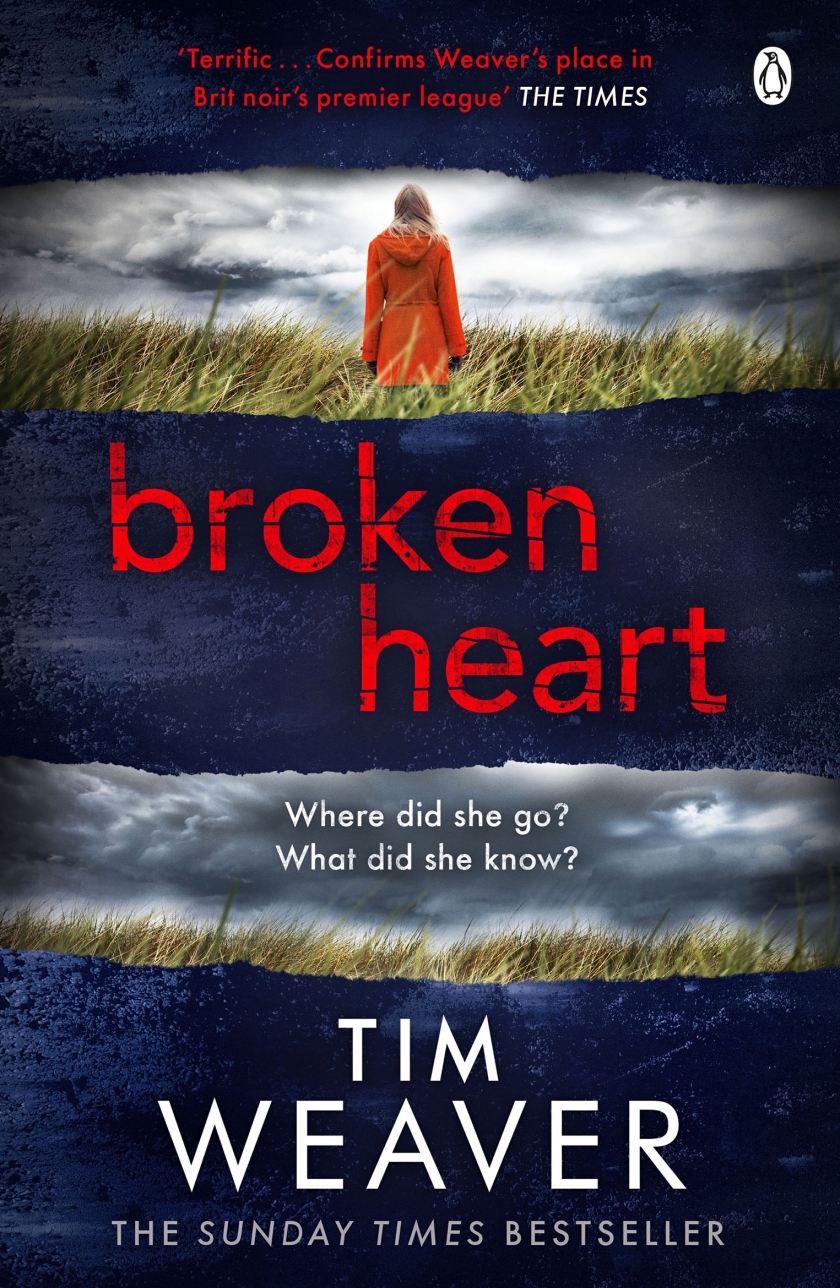 Continuing with the David Raker series by Tim Weaver, we’re talking about Broken Heart this time. Read on to know if this book fails in comparison to its prequels or if Tim Weaver can keep the momentum going.

Security footage from one of the headlands overlooking the Devon coast shows a woman enter in the morning. Her car is found in the parking lot days later. The woman is not seen or recorded leaving from the only entrance and feasible path in and out of the area, and yet she’s never found again. Months later, David Raker is hired by her sister, who lives halfway across the world, to find out what happened to her, if she’s even alive, and where she may be. What led the woman, widowed from a reclusive film director, to disappear… and how exactly did she disappear? An already complicated case gets even more so as Raker digs deeper and decades-old secrets begin to emerge. Someone has kept these secrets hidden until now and, as David starts to discover, no cost seems too high to keep them buried. Raker finds himself caught in an intrinsic and dangerous web. And yet, that may not be the cause of Raker’s destruction. Because the demons and memories of his past are slowly catching up.

Yes. This is Book #7 in the David Raker series. It can, to some extent, be read as a standalone. But the development of David’s character is best read in order, starting at at least Book #4 – Never Coming Back.

Tim Weaver is the master of ‘skeletons in the closet’ tales – and his talent in bringing these to life is undeniably evident in Broken Heart.

The creepy factor – the narrative in many parts of Broken Heart leaves you feeling unsettled, and with the feeling that someone is around you but just out of sight, providing the perfect ‘thrill’. Another aspect that’s really enjoyable is the depth of information (narrated entertainingly) about the movie industry and its evolution (from technical and cultural aspects). Both these elements manage to pull you in and keep you turning the pages.

I did feel like the book could have been a few pages shorter, that some chapters were lengthened without cause. But it didn’t really take too much away from the momentum of the story.

Anyone who loves thrillers and mysteries will enjoy Broken Heart, and the entire David Raker series.

There are a few graphic parts that do make your stomach turn. So if you’re easily put off by violence, I’d recommend avoiding this one.

Unsurprisingly, David Raker. Without giving too much away, I will say that his character development is becoming interesting and even unexpected. But it leaves you wanting to know that much more about what happens next!

Love the David Raker series? Or have recommendations for similar works? Drop a comment below. And as always, thanks for stopping by and reading my book review!