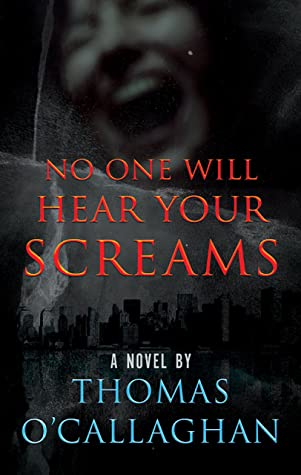 A big thank you to NetGalley for an ARC of this book. I thought the blurb was really interesting and I tried really hard to like the book. But at the end of it, No One Will Hear Your Screams by Thomas O’Callaghan was just a disappointing read.

I’m taking a slightly different approach in this review, primarily because I found it a bit difficult to get through the story. I didn’t want to close it as a DNF, so I’m just going to summarize what I felt after ensuring I completed it.

Lieutenant John Driscoll begins investigating a series of murders in NYC. The perpetrator is twisted, as evidenced by his actions. But what’s driving him? And will Driscoll win the fight against the evil that the murderer epitomizes?

2 out of 10 for its few random plot twists that did end up adding some elements of surprise.

Yes, it’s the third book in the John Driscoll series but can be read as a standalone.

No One Will Hear Your Screams has some great reviews. Unfortunately, it just did not work for me. Here are a few reasons why:

Should you read it?

Writing a book is tough work, which is why I really tried to find something that I liked in No One Will Hear Your Screams. It just didn’t work for me though. I would not personally recommend it to anyone because there are a lot of mystery and suspense novels out there that would probably be a better choice.

Drop a comment below if you’d like to share why you loved or hated No One Will Hear Your Screams by Thomas O’Callaghan. As always, thanks for stopping by and taking the time to read my review!

Until the next read…